Helping Hands or Mere Spectators? The choice is yours!!!

This Maruti Van veered around 200 ft off the road at Nabi, around 4 KMs from Tingtingbi towards Gelephu at around 09:30am on Saturday, January 25, 2014. 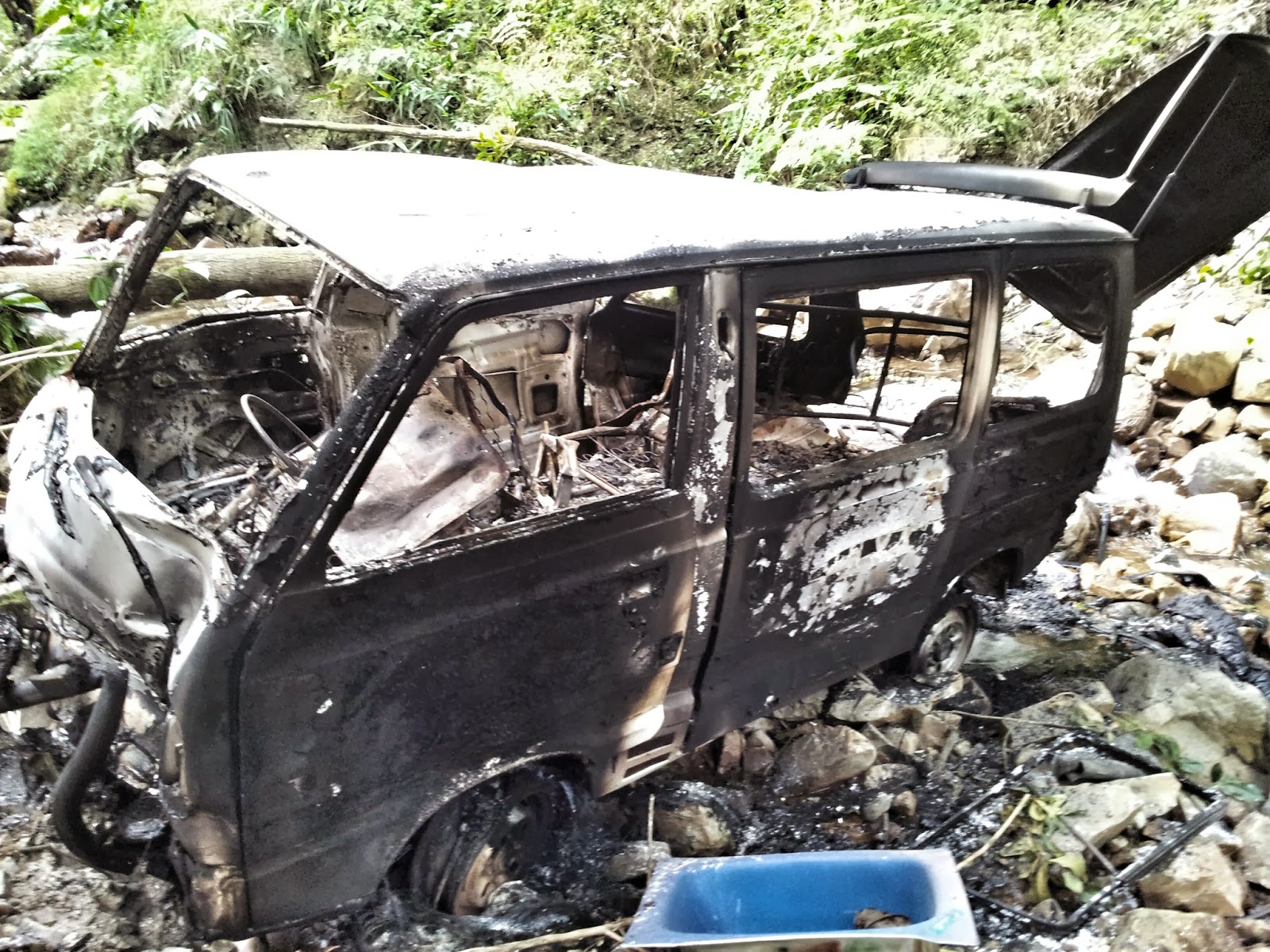 No, this vehicle wasn’t old; it got burnt when the accident happened. Fortunately, the vehicle caught fire only when it landed near a brook; lots of dried leaves would have aided combustion, had it kindled on its midway down and thereby set the forest ablaze.

There were five passengers in the Van of whom one died on the spot, one expired on the way to the Gelephu Regional Referral Hospital, one passed away in the hospital and one is in critical condition while the fifth one, the driver is stable.

A team comprising of Yebilabtsa Hospital Staff, RBP, RSTA and Dzongkhag Officials, among others rushed to the site to retrieve the body. I heard that our bodies tend to become very heavy after we die, but I could learn how heavy it really becomes.

Lessons learnt:
1    There were around fifteen of us who went to the site of whom around three did not even bother to go to the actual accident spot where the body and the scrap lay; among around 13 of us who went, just less than half of us helped to retrieve the body and important belongings to the road side; and from 6 of us who helped, only two people were involved in actually touching the body. From this, it was it was quite evident that most of the people don’t go to the accident site to lend their helping hands; they rather go to provide moral support or as mere spectators!!!


2       It is not necessary to be too reckless to meet an accident, just a mere mistake is enough- the road where this accident occurred is too broad for an accident. Also, stuffs like staying up late when u got to drive the following day, drink driving, using mobile phones while driving doesn’t merit any deliberation- by indulging in these awful activities, we don’t just risk our own lives, we endanger other’s lives as well!!!
Posted by Sonam Jamtsho at 9:40 PM

Email ThisBlogThis!Share to TwitterShare to FacebookShare to Pinterest
Labels: Disaster/Accident

Sonam Jamtsho
Thimphu, Bhutan
Sonam works as a Dzongkhag Kidu Officer in the Dzongkhag Administration, Zhemgang. Prior to his joining in Zhemgang Dzongkhag, he served as a Planning Officer in the Ministry of Education.